New Age is the ‘new cage’

New Age is the ‘New cage’ 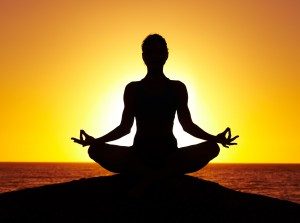 The New Age for me as a whole is a huge problem moving forward, it is in and of itself a new Religion which is doing a great job of keeping people in a slave mentality mindset, and it was designed specifically to do that. Now first let me state that there are also some truths thrown in with false teachings. This is what happens, it is called the ‘obsfuscation’ or more simply truth mixed with lies. They have to throw some good stuff out there to get people hooked. What better way than to appeal to an inherently cowardice and selfish nature of the human psyche by propagating such ideas as we should ‘ignore the negative’! I mean that would be fantastic wouldn’t it? Just ignore all the illegal wars, the rife paedophillia, the destruction of the World’s forests and oceans. Oh but of course ignoring all of that and just focusing on ones own vibrations is somehow going to see us magically progress into utopia, yes folks people actually believe this horseshit! Newsflash, the World is the way it is because we have been doing EXACTLY that for far too long, its even in the very word itself IGNOR-ANCE! The World is not going to suddenly change by us sitting in lotus ‘ohmming’ to ourselves. Im not saying there is not a place for that but it is going to take effort, will, courage, getting the hands dirty in the gutters, and again TRANSCENDING those negatives into positives. I always use this analogy, imagine you’re in a dark alley and a mugger has you at gun point, just outside there is a crowd of people, would you (a) Want them to sit and meditate increasing their own vibrations to try and help you or   (b) want them to exercise their will and act, maybe call for help or even intervene? I think you can see where I am coming from. This whole idea has been pushed out there to keep us PASSIVE and to accept our own slavery. 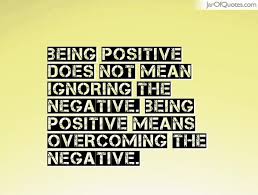 Another classic line within the New Age rhetoric is that we should ‘never get angry’. I mean seriously is this for real? Our emotions are there for a REASON, each and everyone of them exists for a purpose otherwise they wouldn’t exist in the first place. Anger if harnessed correctly many times is the emotion that drives us into ACTION where we can then bring about the required CHANGE. Of course dwelling there 24/7 is definitely unproductive and can be quite damaging, I have been there myself. Its about being smart enough to know when its driving you or taking you over in a negative sense. For example I would never have created this article if I wasn’t angry about things, otherwise I just wouldn’t care which is far more damaging! And seriously how can one not be angry with what is happening on this Planet right now? You are just not human in my eyes if you’re not upset about what is taking place.

Think about it from the perspective of those that wish to control us, if you have people who never get angry and accept or don’t look at anything negative then you have just created a new version of a slave! 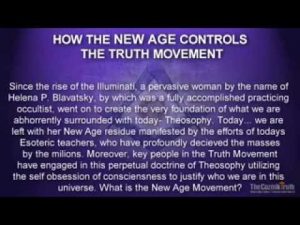 The other aspect of this new Religion we need to be aware of is the fake ‘Law of Attraction’ teachings being propagated by many a guru and through books like ‘The Secret’ where you can manifest a Ferrari (keeping us in a materialistic Satanic mindset I might add) just by imagining and feeling you already have one! Again complete rubbish, what this watered down version fails to mention is the ACTION part, again its even in the very word ‘ATTR-ACTION’ We live in a 3D PHYSICAL domain which involves physical effort. I am not going to manifest building a new house for myself if I don’t take action to get it built, its never going to just build itself through imagination and feeling alone. Again I’m not completely dismissing imagination, and feeling, but the real holy Trinity of thoughts, emotions, and actions needs to be engaged. And in all honestly if you’re not living in harmony with Natural Law ’cause no harm or loss to others, live and speak truth’ then its going to be extremely difficult to manifest anything. The Universe will always reward courage,  acts of will, sacrifice and living in line with what you have learnt, or at the very least attempting to. You work with Universal Laws you will by default start to attract naturally what you desire. I am not saying I am an angel here, just that I have seen it working in my own life when I am in the flow. Good things happen, experiences, people, opportunities become a regular thing when we honor and live withing Natural Law.

So I’m just saying be wary before you prance off on your golden unicorn off to meet the Galactic Federation of Light, or your Pleiadian family. Nobody is coming  to save us, we have to save ourselves by being responsible for our own thoughts, emotions, and actions. The New Age was created by Dark Luciferians  as the ‘last honey pot before the goldmine’ and many folk are getting stuck in this trap. Yes it feels nice, yes there are some truths within it, but as with everything they cleverly divert us right at the last moment right into their snares. On that note ‘Namaste’ 😉