Fear- The caviar for the elite. 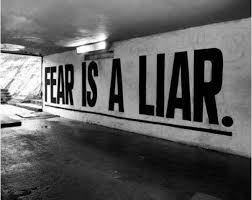 This current reality is completely based upon fear and for very good reason. The consciousness currently calling the shots literally feeds upon it, it needs us in a constant state of fear otherwise it cannot survive. Many researchers have spoken about an archonic or parasitical force behind this current matrix system. If you haven’t gone down that rabbit hole yet then I highly suggest you do as it explains a lot, in fact I would say it is essential research. People such as David Icke and many others have talked extensively about these energy vampires operating in the shadows. These entities have been written about in many ancient texts, sometimes known as the jinn, flyers, archons, or demons.

This form of consciousness as I prefer to refer to it as is seemingly pulling the strings behind the circus show fronted by puppet politicians, it is a force that relies on our energy for its own existence, it thrives off as much dark energy as possible. We need to get to grips that this is a battle being fought on many fronts and not just in the physical plane it goes way beyond that, I believe the recent passing of Max Spiers (in highly suspicious circumstances I might add) who spoke about these very issues and was starting to bring forward more and more information about the hidden is very telling indeed. Its clear to me that in order to transcend this situation from a negative to positive we need to, allegorically speaking, look these bloodsuckers in the eye and show ZERO fear, cut off their oxygen supply which without they will simply fall away. 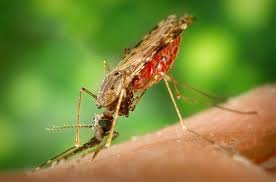 At this moment in time the kitchen sink is being thrown at us to keep us in a panicked state. There is a ‘false flag’ almost every week now. Fear ISIS, fear Muslims, fear black people, fear gay people, killer bugs, killer viruses, fear immigrants, fear a financial crash, I mean the list is endless! Thankfully many are starting to wake up to this and its refreshing to see people are actually even starting to laugh at it all, and just how ridiculous some of the scare tactics are these days. The false flags are getting worse everytime and I almost sense a kind of desperateness, particularly in the States where they are clearly after taking away the guns from the US citizens yet gun sales are actually going through the roof! Still there are many that are falling for it and falling into the fear trap, and I guess the job at hand is to keep hammering home the message to people who aren’t aware to get them out of the ‘R’ Complex ‘reptillian’ part of the brain which is completely fear and reactive based and into higher consciousness thinking patterns. 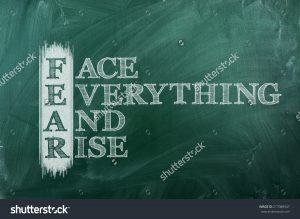 It also explains why we are in a perpetual state of war because war is a continuous human sacrifice, its a constant flow of fear and suffering that they can feed off. It explains the Satanic child abuse going on amongst the Worlds so called ‘elite’. I dread to think the amount of fear energy being harvested at those sick events. These are horrible truths to face but this is what I mean when I say we need to look them in the eye. We need to expose all of this because their power comes from working in the shadows. When we shine the light on them it makes it more difficult for them to do what they do, and eventually as humanity becomes aware it will be impossible I have no doubt. Their time is up, its just the amount of suffering we have to go through before we get to that stage.

This wont be popular but for me meat consumption ties in with all of this. Its all just more fear energy and death for the parasites to feed off, and that very energy is going into your body at the same time. These are sentient beings who cry, scream, try to run away, and love just like any human being does, and the arbattoirs are literal concentration camps for animals where all the fear energy is going out into the morphogenic field where the parasites can consume at their leisure. The whole meat eating issue is much, much bigger than people realise. It all ties in yet people don’t want to talk about it, probably because they don’t want to give it up. This becomes more apparent when you understand the Universal Law of Correspondence ‘as above so below’ what you do to others will be done to you. I’ve said this so many times but I will keep repeating it that expecting to be free OURSELVES whilst enslaving, torturing, and murdering other beings is both the height of hypocrisy and arrogance. And for every lame excuse you can come up with for eating dead rotting flesh such as ‘carrots have feelings or ‘what about eskimos’ I can give you 10 reasons why it is so very wrong, and holding our evolutionary progress back whilst contributing to feeding these parasites. 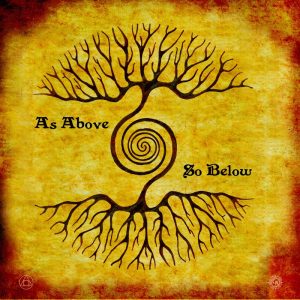 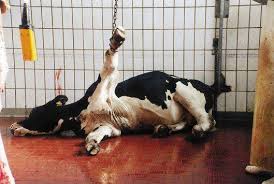 On a microcosmic level as always we have to start with ourselves, a lot of people are scared of their own shadows these days. The big one being the mental bondage of caring what others think of us all the time, fear of living out their dreams, fear of striving for greatness, fear of death, and even fear of life! And this ‘little me syndrome’ of disempowerment ‘what can I do’ or ‘its always been this way’ has to go! We are all seeds waiting to grow into great Oak trees!

Its on ongoing process of growing and shedding the parts that no longer serve us along with our weaknesses, and I still have work to do myself for sure but the main thing is that we get onto the path. When we help ourselves by default we are helping the World at the same time, and as we start radiating out more courage and love, then these parasites will cease to exist because they will have no food.

Time to step up and into our power humanity.