Skip to content
Home/energy, false white light, Matrix, spirituality, Uncategorised/Why the Mainstream Version of the ‘Law of Attraction’ is Bullshit.
Previous Next

To me at least the mainstream version of the ‘Law of Attraction’ is bullshit, it only paints maybe a quarter of the picture. Here is my thinking on the matter…

Anyone else tired of the ‘New Age’ movement yet? The whole idea that there is nothing wrong with the World and all we need to do is sit in lotus position, sing ‘Kumbaya’ and all the Worlds problems will float away on a magical unicorn that shits gold dust! I for one am, don’t get me wrong I’m all for ‘love n light’ but can we not address the Worlds poverty, corruption, constant Wars, and paedophiles sitting in the higher echelons of society first? Apparently, if you merely THINK about these things you draw more of it in. CODSWALLOP what you RESIST PERSISTS and cowering away in a gong bath is not going to change Jack. 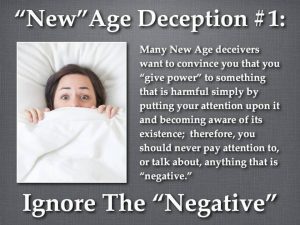 Lets’s get this straight the ‘New Cage’ movement was created to hijack true spirituality just like Religion does and make people passive and inactive so they just accept the giant cage being built around them. We need to look no further than the hippies in the 60s, all love n light, hugging, drugs, and what happened? Nothing. Its actually got worse. A generation that was onto something, but then turned into the same cul de sac the New Age movement wants people in.

So let’s talk about the mainstream version of the ‘Law of Attraction’ what a load of wishy washy bs. To say that one needs only to ‘think’ about something and it will manifest appeals perfectly to a generation who love convenience and want to put in little to no effort. The clue is in the word folks attrACTION. Yes thats right action is required! If I want to build a house it doesnt just go ahead and build itself! Action is required in this 3D physical realm!

Also don’t you just love how books like ‘The Secret’ keep people tied into a ‘me, me, me’ materialistic mindset? Think of a Ferrari and it will appear on your driveway etc. It’s all about feeding people’s love of shit they don’t need which feeds the vampiric corporations who are really the only ones who thrive from this mindset.

The next two parts are my own take on how the REAL Law of Attraction works based on my own life and what has come into it. So firstly as I say action is required, secondly I believe in Natural Law or sometimes known as karma, what you put out comes back. If you do good things you will be rewarded by default, living in line with truth I believe brings good things into your life, or at least increases the chances of that happening. Thirdly we have to understand that we are CO CREATORS with the Universe meaning you can get obsessed with manifesting what you want and get in your own way, when you have put in enough action, I have found anyway, you have to let go of expectations, if you’re sitting there twiddling your thumbs waiting for it to appear then there is something energetically that stifles the process. Also I have found that unless you’re grateful for what you already have then the Universe won’t bring you more of what you want.

Of course this is my own take and a combination of all these aspects has resulted in me getting more of what I want. I’m not saying its the ultimate truth, but please don’t swallow the bullshit mainstream version as you will be running around in circles! Below is a video I made on the ‘New Cage’ Movement and more on why the diet coke version of the ‘Law of Attraction’ is bullshit, something to think about at least.

Have a great weekend all.

Author of the book ‘Are you Living or just Existing?’ Purchase via paperback/kindle/ebook at