Skip to content
Home/Matrix, spirituality/The Matrix Is Coming Down And Here’s Why!
Previous Next

The Matrix Is Coming Down And Here’s Why!

The Matrix Is Coming Down And Here’s Why!

There are many reasons I think the Matrix is coming down, some more obvious than others. Whatever happens, we are certainly in for some exciting if not chaotic times ahead!

See here is the issue, people say they want change but are reluctant to go through the chaotic ‘messy middle’ to get there. This applies to anything in life, starting a new business, developing a healthy body, or going through emotional healing. We as individuals, and collectively want things yesterday and we’re not keen to wade through the mud to get there. This is probably somewhat down to this ‘convenience culture’ that we exist in. There are many people that fear change because they know at some level that it takes upheaval, the difference is that now the Universe is not giving us a choice! I have been saying for a long time now that I feel there is a kind of split happening between those who want to acknowledge what is going on in our World and evolve to something greater, and those that want to carry on pretending everything is ok and ‘I’m alright Jack’.

These people at one time in the very near future are going to have to sink or swim as I feel we are heading for some kind of event that will really sort the ‘wheat from the chaff’. Now, on the one hand, this could be seen as a negative thing, but out of adversity also rises opportunities, new ideas, and a cleansing of the old. We shouldn’t be afraid of that, and on the contrary, we should embrace it because ultimately things are going to change whether we like it or not. Evil is in its death throws and its not going to go down without a fight. To me, its a pointless struggle for them because as bad as things seem, as I detail in the video below, make no bones they are panicking!

The karmic wheel is starting to turn as we are now seeing vast exposure of the lies on so many levels of society. People are starting to reject such things as the mainstream media, unhealthy food products, poisonous pharmaceuticals, the list really does go on. The amount of high-level names being exposed as child abusers who were once protected and able to hide in the shadows is astonishing, just in Hollywood alone. Im not religious but these times have been talked about in many ancient texts like the Book of Revelations. The ‘Age of Aquarius’ is upon us and we should expect more chaos, but approach it with courage and wisdom, knowing its an absolutely essential process of human evolution which should not be feared. 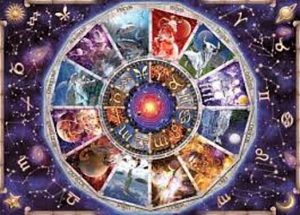 Those who think they own this World and everything in it are making more and more mistakes along the way, which in turn is making people finally look up from their TV set, not everybody granted, but when you mention these subjects to people I am finding a lot less ‘zombie staring’ going on. We just need to be brave enough to reject what they are selling. Another corrupt politician-stop voting, toxic food-don’t buy it, more bullshit from the BBC or CNN- turn it off, in fact through the TV out of the window! This is the cosmic joke, half the problems can be solved not by taking to the streets and marching with billboards, but simply to say no.

The Matrix is coming down slowly but surely, the dam has broken, and humanity is starting to rise once again! The video below explains the precise reasons in detail so check it out and feel free to subscribe to my YouTube channel for more information, viewpoints, and rants! If you found this article helpful please share with others to raise awareness, and consider subscribing to my weekly newsletter below to keep in touch with my work and announcements. 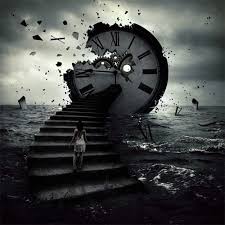 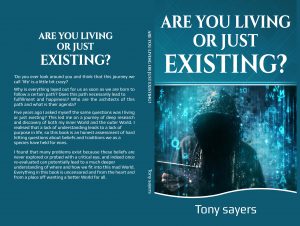 The Matrix Is Coming Down And Here’s Why! by Tony Sayers.