Skip to content
Home/Matrix/What Would You Do If The Financial Market Crashes?
Previous Next

What Would You Do If The Financial Market Crashes?

What Would You Do If The Financial Market Crashes?

To ask this question is not to spread fear or make people feel uncomfortable, it is a subject that needs to be broached given the current state of a monetary system which is essentially backed by absolutely nothing. So what would you do if the financial market crashes?

The issue is that many people do not prepare despite the warning signs everywhere. The federal reserve is currently $20 trillion dollars in debt, and with a lot of other nations starting to veer away from the dollar, it is completely unsustainable on multiple levels. We have already been warned that there will be no government bailouts in the future, they have nothing left to do that with, at least that is what we are told anyway. So what are we left with if there is a repeat of the 2008 crash? Well, those wonderful caring banks will be expecting us mere mortals to bail in with our own funds! Sounds crazy but its already happened in Cyprus a few years back, the Cypriot people had the misfortune of feeling the slimy banking tentacles come in and just take their hard earned money. It is my belief that this was a test run by the Worlds movers and shakers to see if this is a tangible thing they can get away with, and how much resistance there would be to it. 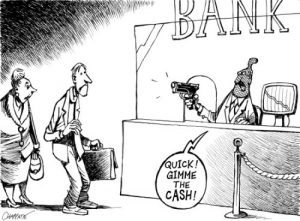 For those that have researched in depth about those that run the World, in particular, the banking families, shadow governments, and weapons manufacturers, it comes as no surprise this talk of a financial crash. They have been talking and writing about it for decades, a totalitarian tiptoe towards a cashless society and more centralised government control. A society where the freedoms of working cash in hand will be much more difficult, a population of microchipped borgs who, if you don’t agree with the government,  can just turn your chip off. Records of what clothes you buy, what you eat, and where you have been, all stored on the chip which holds your access to the one World currency which they are pushing for. This can all only happen if the current monetary system fails so they can then usher this new system in through the back door, as the population panic and ask the very people who caused the problem ‘what are you going to do about it?’

So what options do we have then?  They want to get rid of cash, which the safest thing used to be was to store it underneath your bed! Going completely off grid and living off the land would be the ideal scenario but it is not altogether viable for many people. But even then there would be times where you would surely need to barter with people and buy products. Investing in gold and silver seems to be very popular amongst those who can see what is coming and worth looking into. There are also all the other usual financial investments that are tied to what the rest of the market does, and with the whole ‘bail in’ always there in the background, keeping your hard earned cash in any financial institute seems risky at best. Along with the ongoing other minor irritants like PAYING to take your own money out of a cashpoint, and paying interest on numbers they just type onto a  computer screen! 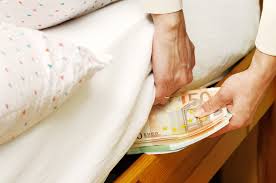 So what then of cryptocurrency? I have spent some time weighing up the pros and cons. On the one hand, it is quite obviously cashless, something I am wary of from my previous comments. I would also say that there maybe some suspect players in this game and there may even be some elements within this arena that may see cryptocurrency as a potential way to push further control. However, and I use the internet as a prime example here, like most things in this World we have an opportunity to transcend and alchemise these tools to our benefit. One of the prime reasons the internet was created was to further the current surveillance state, to monitor peoples habits, monetary activity, and now we even have technology like facial recognition just to log into Facebook. However, unfortunately for them we have turned the tables and have used the internet for so much good. There is a staggering amount of information and sources out there on a plethora of subjects ranging from the best way to boil an egg, to the inner workings of the human mind. We are drowning in information, not all of it is good or even accurate, but the days are long gone where we go with what we are told on the news, by our doctors, or what is good for us on the say so of the food industry. We can research all of this for ourselves now. 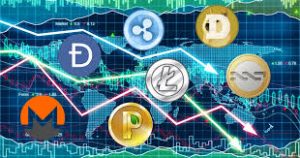 Blockchain technology is here to stay like the internet whether we like it or not. Its very much in its infancy and yes it is quite volatile right now, and there needs to be a certain amount of tightening up in many areas. But the potential is huge, there are many new altcoins which are attempting to decentralise as much as possible, they see the potential but also see the need for privacy in a World that is ever growing invasive in every sense. The reason I started to get into crypto is outlined below in my video and I detail further as to why we can use this technology to our benefit. There are projects looking to decentralise the internet, social media sites such as Steemit where you actually get REWARDED for your content, others trying to tip giants like Paypal and Wikipedia off their perches, and others backing clean energy. What I am seeing is, of course, people who want to make money in order to improve their lives, but also many who have had enough of the constant nooses around our necks getting ever tighter. This is why I am investing in crypto even though the market is down right now, I know it will bounce back and grow further in the future.

‘Decentralization has many implications for industries and people around the world. Reduced fees, increased efficiencies, removal of misaligned interests and layers of corruption and greed. But it’s particularly interesting when it comes to a decentralized marketplace since the pioneers of the “sharing economy” now find themselves thrust into the spotlight.

What Is a Decentralized Marketplace?

A decentralized marketplace allows for truly peer-to-peer transactions without centralized authorities taking their fees. This is made possible through blockchain technology and smart contracts. We no longer need the trusted third party verifying sellers and ensuring payments. We have a technology to do that for us now.

So, you know when Airbnb and Uber ushered in a new era allowing people to rent out and monetize items? Or eBay and Etsy allowed people to sell products online and Upwork and Fiverr helped them sell services? Well, now blockchain’s knocking on their doors to show them what peer-to-peer really means.’

So I would encourage people to at least ask the question what would I do if there was a financial market crash? If nothing else than just to prepare, maybe it wont happen but its good to have some kind of plan just in case. I am not a financial advisor and this is not financial advise, please do your own research. Please consider subscribing to my weekly newsletter at the bottom of this page, and subscribing to my You Tube channel for more information about a range of topics.

What Would You Do If The Financial Market Crashes? by Tony Sayers.