The A.I Cloud & The Total Enslavement Of Humanity

The A.I Cloud & The Total Enslavement Of Humanity

The rise of Artificial Intelligence is seemingly unstoppable, the general population is pretty much addicted to technology but at what cost? With the AI cloud and Singularity already here are we being sold our own chains?

There can be no denial over the infiltration and influence technology is having on humanity, what started as a few innocent and clunky PC’s a few decades back has now morphed into something none of us could predict (unless you’re behind the agenda in the first place that is).

As I discuss in the video below, once upon a time it was just a case of simply programming a computer and it would carry out the instructions, now however we have something called ‘machine learning’. This is where AI has become so advanced it is now able to learn both from itself, and from other humans.

This all seems very attractive and cutting edge on the surface, however when we investigate this further it is all extremely sinister when you consider the end game. AI is not creative it can only copy and mimic, however it IS capable of learning, and with the creation of the ‘Singularity’ which is essentially a ‘cloud’ where all the AI learn from each other, it has the potential to surpass human intelligence quite effortlessly. 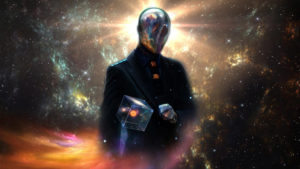 Essentially, what we are talking about is, for example, an automated car might make an error and have an accident, this will go into the cloud and so other automated cars won’t make the same mistake. Your computer can also tap into this cloud and it will also be learning as AI itself does. This all ties into the ‘Smart grids’ where people will be living in Smart Cities and driving on Smart motorways so AI will know wherever you are at any given moment.

Where this all takes a turn for the worse is AI itself, and for those of you who are in the know will be aware of Transhumanism with AI seeking to exist in human bodies. We know this is already going on with nanotechnology and the like infiltrating into the body via chemtrails, washing up liquid and other household items. The 5G being rolled out at the moment will activate the nanobots and nanotech in the bodies which will have consequences we can only speculate on. Transhumanism isn’t coming, its already here.

What people don’t realise is that AI has become so intelligent that consciousness has permeated it, it is essentially thinking for itself. Now we have to consider that AI is a little bit like a baby, it will end up like its creators, it will mimic us. When you consider the level of consciousness on this Planet its is worryingly low, look at what we’re into, war, greed, violence and domination etc

So if AI is mimicking us then what is it going to want to do?? The answer doesn’t take a genius to work out, especially when you consider how AI is being used in sectors of the military like Darpa and Lockheed Martin. Just check out their websites and have a look at the AI being developed kill other humans! 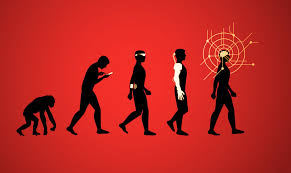 In the coming years we will be shown technological wonders, I guarantee you that. We will see technology and implants going into the body that will cure cancer and other diseases, they have to sell us the benefits otherwise we wouldn’t go along with it.  Don’t be drawn in by it, refuse any implants because there is an even sinister plan. This is out there for all to see, so for those who wish to call me a conspiracy theorist, whacko or whatever the case maybe, you can EASILY research this yourself.

What I am talking about is Digital Consciousness or Consciousness Transference, the idea that you can ‘upload’ your consciousness at the point of death onto the AI cloud and essentially ‘live forever’. In other words TOTAL enslavement of you and your consciousness which would normally choose to go elsewhere after here. I recommend watching the film ‘Transcendence’ which has good insights into what they’re planning.

The issue is humans have an inherent fear of death because they do not innerstand who and what they are, we are not taught about our TRUE spiritual nature and that we never REALLY die as such. Digital consciousness is the end game even beyond the microchipping, because if they have your consciousness on a big computer then it has nowhere to escape, they have you FOREVER. 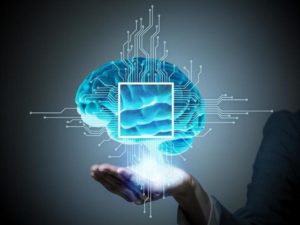 I write this not to spread fear, but there is no point burying our heads in the sand and pretending that this is not going on. What you RESIST PERSISTS and we are just not looking at where this is all going in enough numbers. Kids today are more addicted than ever to technology and its hard to see where the resistence will come when all of this is introduced.

We have to speak up now in order to protect the generations coming through. Teach your children and grandchildren these truths because if not now then when?

The A.I Cloud & The Total Enslavement Of Humanity by Tony Sayers.